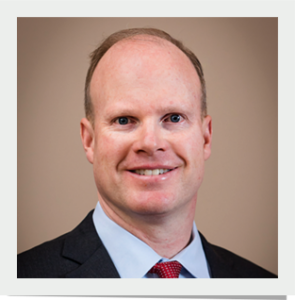 Raging Capital Ventures (“RCV”) is the private investment office for William C. Martin.  RCV is primarily focused on partnering with great entrepreneurs and investors.  RCV’s portfolio has been built over two decades and includes more than 50 direct angel and private investments as well as a wide array of public and fund investments.

Mr. Martin has a long track record as a successful entrepreneur and investor, with a particular focus on financial technology and software businesses.

As an entrepreneur, Bill co-founded several successful financial technology companies, including Raging Bull and InsiderScore.  He also co-founded and is a Senior Advisor to Princeton Equity Group (formerly Princeton Ventures), a provider of growth equity to private companies.  Past investments at Princeton Ventures include Massage Envy and European Wax Centers.

He has served on a number of public company boards, including Bankrate (2000-2009) and Vitesse Semiconductors (2014-2015). He is currently on the board of Immersion (NASDAQ: IMMR).

Bill has also been a guest speaker at Harvard Business School, Harvard Law School, MIT, and the University of Virginia.

Finally, Bill is a trustee for the Jefferson Trust at the University of Virginia and the D&R Greenway Land Trust.

Michael Gibson discusses 1517 Fund’s differentiated approach to early-stage venture investing and digs into a range of topics including AI-focused cloud computing, LIDAR, quantum computing, and his role in helping to start the Thiel Fellowship. Also, more information on our upcoming conference, and much more.

We are excited to interview Adam Wyden of ADW Capital. Adam shares some thoughts on his investment approach as well as his favorite ideas. Plus, we dig into a pair of compelling, high-yield energy stocks.

An Entrepreneur's Perspective – Building the Future of TechnologyJanuary 26, 2022

We are excited to interview Steve Papa, one of the most accomplished serial entrepreneurs of our time, as we discuss Toast, Parallel Wireless and semiconductors. Also, a deeper look at our bullish thesis on Toast as well as the recent Exterran/Enerflex merger news.

An Entrepreneur’s Perspective – Life After SiliconOctober 21, 2021

Our interview with George Gilder covers a wide range of topics, including Life After Silicon, AI, Blockchain, China, and American Families. Also, features excerpts of a recent interview with Bill Martin, including three of his favorite ideas; and more.

An Entrepreneur’s Perspective – Investing in the Battlefield of the FutureAugust 16, 2021

Our interview with Shield Capital’s Raj Shah looks at the future of battlefield technologies, the current state of play with China, and his process for identifying winning ideas. Also, a profile of Liberty SiriusXM, a very cheap stock with catalysts; and more.

Topics include Archegos, China and a Carbon Tax, David Swensen on Investor Inflows, an investment profile of Five Point Holdings, and more.